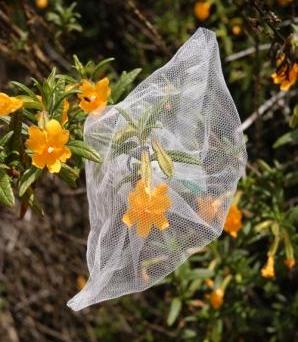 What is the scope and role of life on Earth?

Despite centuries of discovery, most of our planet’s biodiversity remains unknown. The scale of the unknown diversity on Earth is especially troubling given the rapid and permanent loss of biodiversity across the globe. As part of the NSF Dimensions of Biodiversity campaign, we hope to describe and understand the scope and role of life on Earth. The goal of this project is to study the ecology of microorganisms that are found in floral nectar. The results will be used to understand how the following three dimensions of biodiversity affect one another: genetic diversity of the most common species of nectar-colonizing yeast; species diversity of the bacteria that also colonize nectar; and functional diversity of the yeast and bacteria in their effects on the chemical characteristics of nectar and the consequences for pollination success and seed production. Although focused on a specific group of microorganisms, the primary research question addressed in this project is a general one: what are the factors that determine which “alternative stable state” is realized? Ecosystems are said to be in alternative stable states when final community membership depends on the order and timing in which species arrive. By regarding floral microbial communities as miniature ecosystems, the investigators will consider interactions among the three biodiversity dimensions as a factor that influences alternative stable states. Ecological researchers usually assume that the regional pool of species that supplies immigrants to local communities is stable and unaffected by local communities. This project will relax this commonly held, but unrealistic assumption by asking the following specific questions in tandem: how the regional diversity of nectar-colonizing microbes is modified by the seasonal timing of flowering; how local microbial diversity within flowers is shaped by hummingbird-assisted dispersal from the regional species pool; and how local microbial diversity in turn affects regional diversity by altering hummingbird-assisted dispersal. This study will help to understand biodiversity as both a cause and consequence of alternative stable states.